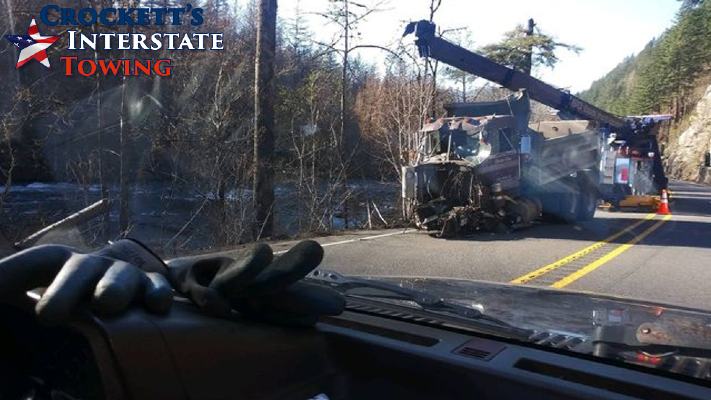 A towing Eugene team was called to the scene of a horrific accident off the McKenzie Highway. Several dump trucks were dumping rocks leftover from the forest fire efforts. An empty dump truck was heading back onto McKenzie Highway at the same time that a car was allowed to drive through to the highway. Unfortunately, the road was not wide enough for both vehicles and the dump truck and the car collided. The force of the collision sent the dump truck down an embankment, and into an uncontrolled 60 foot drop directly to McKenzie River.